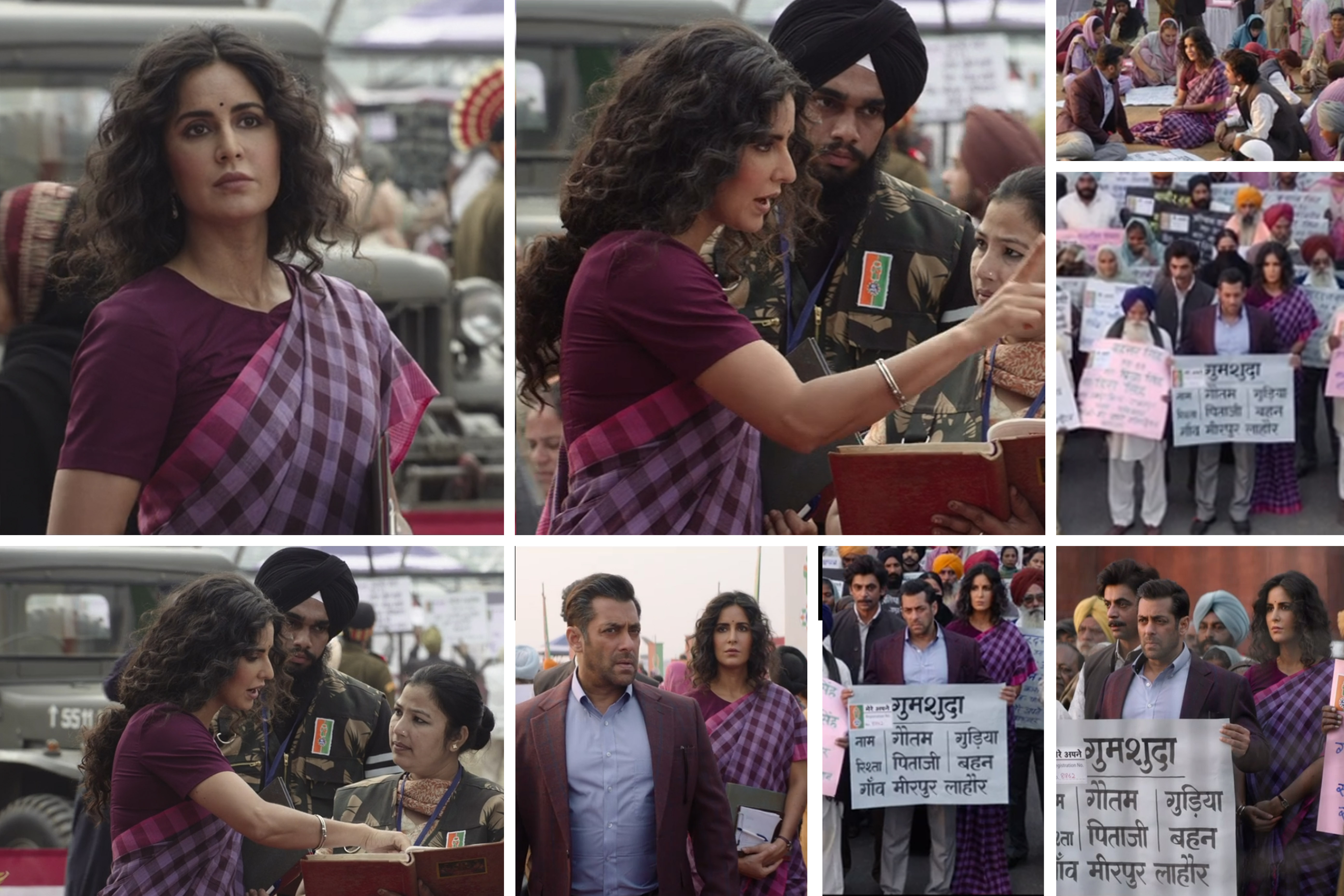 The big screen has always been aspirational to us all. Haven’t we all romanced in the clouds and rains? winced at the hurt of our heroes? bought the likes of that lovely dress that they wore? Films and theatre have been known to reflect the lives and times of people, but they also often influence and drive the culture and direction of society. And then one day we told our weaver colleagues back in the village, that one of their sarees has been worn by Katrina Kaif in a movie!

Our weaver colleagues busily checked every sec of the clip that showed their creation. A craft they considered worth nothing in the age of machines, had found it’s way to the big screen. An unbelievably happy day, it was! That excitement, the pride and satisfaction in their eyes, the joyful dance of their emotions of being recognized, it was so delightful to watch.

It was one thing to see our work get screen presence, we were excited, yes. But it was an overwhelming experience to see the wonders this presence worked for those who actually made it.

The team was clueless about the screen appearance of the Baragaon saree for many months after the film Bharat was released, until one of our designer colleagues, recognized it. There midst an intense scene of “Bharat” (Salman Khan’s character in the film) trying to locate his family who he has lost during the partisan. “Madam Sir” Katrina Kaif is seen walking tall beside the ever enigmatic Salman khan; in a wine, purple checked Baragaon Saree. The simplicity of the saree, the love, the care reflects on the screen brilliantly, as we also feel the extreme pain of separation that the partition inflicted on thousands of families.

The impact of the film industry was truly felt when one fine day our designer discovered one of our sarees on the big screen. “I was so excited, I just couldn’t speak and the family just didn’t understand what I was jumping around about, having paused their movie in-between.” says Shreya Bhattacharya, on seeing the saree on screen.

It was a delight to see authentic handloom products being recognized and given a place in reel life. It was a morale boost for the weavers, their work being recognized worthy of the big screen with such aspirational names, has instilled a sense of dignity and much-needed confidence. We’ve never heard them say there is no future to this work since that day. Finally, there seems to be an answer to their perpetual question of “who’s going to buy a handloom cotton saree anymore?” We’ve been trying to achieve this motivation for a while now, but we missed the secret ingredient: the star-dust.

“I feel all my efforts at creating beautiful things was successful that day” says Swati Kumari our young collegue who designed what we now call the “Katrina” saree, here at Baragaon.

Shop for the Saree here, we made a fresh batch : https://baragaonweaves.com/product/checked-in-purple/

Our sincere thanks to the entire team of Bharat, the movie including their team of stylists and makeup artists who made the saree look wonderfully brilliant on screen. A special thanks to Katrina Kaif, for gracing our creation with stardom. We are grateful to OMO (On My Own), one of the most wonderful craft shops in Goa & Mumbai for the collaboration. It was through their store that the saree was bought for the movie, we found out later. OMO has been a wonderful partner, with a very committed team.